Businesses: Think of Reopening as a Major Change Initiative

Effective communications are a critical component of any successful change. 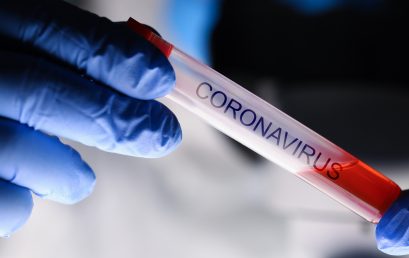 Move swiftly to reassure employees, customers and all your important stakeholders of the actions you are taking to minimize the impact, to the best of your ability, of covid-19.

Balancing Public Relations Needs with Legal Concerns in a Crisis

By understanding the attorney’s view and building relationships, PR pros can better serve their client or organization. Public relations professionals and attorneys often are accused of having opposing goals in crisis communication. While PR pros usually are focused on humanizing a crisis with transparency and protecting an organization’s reputation in the court of public opinion, […]

You Need More than a Business Continuity Plan

7 Tips for Better, Faster Employee Communication in a Crisis

It’s not news:  business crises happen every day. Preparation and communication are paramount to successfully mitigating the impact of the crisis on the organization.  How we respond to the crisis determines whether it becomes just a nuisance, or a business-defining issue. In a crisis, employees are arguably your most important stakeholders. Yet often they are […]

No organization is immune from the kinds of sudden crises and smoldering issues that, when they go public, can cause lasting damage to its brand, reputation, revenue and very survival.  Are you prepared? Take this short quiz and find out.    Is senior management committed to communicating consistently openly and effectively during good times and […]

“Do You Sell a fill-in-the-blank Crisis Plan?”

I had an interesting call from a PR colleague today that sparked an idea for a post.  My colleague has a client who wanted her to find them a crisis communications “workbook” or fill-in-the-blank template to create a crisis plan.  Apparently the client company was not anticipating any issues, but rather wanted to check a […]