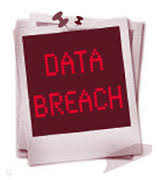 Equifax Breach: Making Sense of It All

SEPTEMBER 8, 2017 by Mitch Tanenbaum of  CYBERCECURITY

What does the Equifax breach mean for you? Earlier this week Equifax, the credit reporting giant, announced that hackers wandered inside their systems between May and July of this year.  143 million records were compromised.  In addition to that, credit card numbers on 200,000 people were compromised and personal identifying information on 182,000 people were also released.

Equifax said that the hackers got in by compromising a web application.

The did say that they are going to notify certain people who are affected and also are offering their own credit monitoring service to anyone who wants it, whether they were affected by the breach or not.

Beyond that, Equifax has not said much about the breach.

Ultimately, there are going to be a lot of investigations – the states, the feds, Congress, the CFPB and out of them we may find some answers, but if we do, it will be a long time coming.

143 million represents pretty much anyone in the United States that has any credit in their name.

To help people affected by the Equifax breach, the company is offering people a year’s free credit monitoring, but your Social Security number doesn’t expire in twelve months.  All that means is that the hackers will wait a year before they start exploiting your data.

There are some things that you can do.

One thing that makes this breach more interesting is that three Equifax  executives sold stock in recent days.  These sales were outside normal scheduled sales that are reported to the SEC in advance.  The three are:

These sales were not scheduled and occurred within 2-3 days after the breach was discovered but before it was announced.  I am sure that this will be part of at least some of the investigations.

Normally, when there is a breach, you know that you have given a business your credit information.  For example, after the Target breach, you could rest easy if you didn’t have a Target credit or loyalty card and you never used your credit card at a Target store.  In this case, you are not the customer.  The banks and stores that issue credit are Equifax’s customer.  You never gave Equifax your information.  This means that you have no business relationship with Equifax.  It is an unusual deal.

It also means that, unlike the Target breach, you cannot close your account in a show of disapproval.  You can’t take your business to another company because you are not their customer.

Since there are only three major national credit bureaus, businesses will likely continue to do business with them.

What is likely is major lawsuits and regulatory fines.  That is probable.  In fact, the first lawsuit has already been filed.

But this is not the first time a breach at a credit bureau has happened.  You may remember the T-Mobile breach from 2015.  That was at Experian.  And there have been others.  Not many, but some.

It is just a mess.  Stay tuned for details.

Information for this post came from CNN,  The Chicago Tribune,  The Washington Post,  The LA Times, Bloomberg,