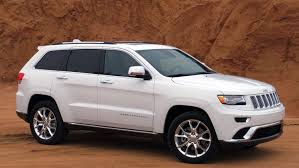 Auto recalls have been big news for the past couple of years.  Google any automaker, and you will find information about millions of recalled vehicles for every manner of defect imaginable.   In the latest recall drama, Fiat Chrysler is managing a crisis that triggered an aftershock that could spell the beginning of the end for the automaker.

Cyber security breaches are also big news, with a growing number of attacks affecting tens of millions of people.  We learned just recently from a Wired magazine article that a Jeep vehicle’s computer system was successfully hacked, with the hacker taking control of the vehicle remotely. Hackers were able to manipulate the vehicle’s air conditioning, stereo controls, brakes and transmission from a laptop miles away. This is just another in a series of crises the beleaguered automaker is addressing.

Most business crises suffer from aftershocks, the things that happen once a crisis becomes public, and then new information comes to light. For example, a crisis may trigger regulatory investigations, investigative news stories, and other events that can impact a company’s revenue.

In the case of Fiat Chrysler, the first aftershock of the hacking came quickly when Chrysler recalled 1.4 million vehicles, including Jeep, Ram and Chrysler models. A Wall Street Journal article on the recall noted that Chrysler knew of a security flaw in January 2014, but did not know at the time whether critical controls were affected.Now they know.

Least profitable of Detroit’s Big Three, Fiat Chrysler is already under fire for its alleged mishandling of its prior recalls of 11 million cars and trucks dating to 2013. The federal government is set to levy a record $105 million civil fine against the company this week, and Fiat Chrysler also will pay to repair 1.5 older model Jeeps with gas tanks that are vulnerable to explosion in rear-end collisions (Really?  Does anyone remember the Ford Pinto disaster of the 1970s? I certainly do, as I drove a Pinto, and totaled it, during that period. Apparently Chrysler does not).

The company must also offer to buy back more than 500,000 Ram pickup trucks and other vehicles as part of its costly agreement with regulators to settle issues related to 23 separate recalls.

Fiat Chrysler’s costs to “repair and repent” may total billions of hard-dollar costs on top of the negative hit to their brand’s reputation which will undoubtedly impact sales of new vehicles.  They have moved comparatively quickly on the recall of the hackable cars. If the company is unable to recover from this crisis triple whammy, however, Fiat Chrysler CEO Sergio Marchionne may just get his wish for a consolidation with one of its rivals.  But it may be in the form of a liquidation, and not a merger. If they do survive, will they learn from their mistakes?