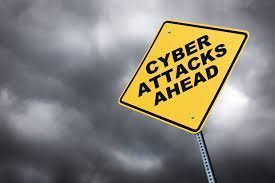 Cybercrime and data breaches continued to make headlines in 2016, with a reported breach increase of 25% in the U.S. alone. Cybercrime stories crept up slightly to just under 5% of stories tracked by ICM in 2016. The Identity Theft Resource Center tracked 980 reported U.S. breaches comprising more than 35 million records, an increase of 25% over the ITRC’s 2015 results.

Healthcare accounted for 36% of breaches and an alarming 44% of records, while Government comprised 6.7% of breaches for 37% of records hacked. In their annual study, Ponemon Institute and IBM reported the average cost of a data breach at $4 million, a 29% average cost increase since 2013. The study noted an average per-record-breached cost of $158 USD.

More alarming were well-planned attacks that knocked out electric utilities in Ukraine and the summertime hack of the U.S. Democratic National Committee’s network. Officials in several countries have raised concerns about the security of critical infrastructure such as power and water utilities. Three years ago, at least four American electric utility companies were hacked, threatening to destabilize large areas of the power grid. A variety of malware programs were used, including BlackEnergy, KillDisk and others. Ransomware attacks ramped up in 2016, as well, with disturbing attacks on large healthcare systems, including against Washington, D.C.-area hospital chain MedStar Health.

Management denial is the biggest impediment to effective crisis management. About half of all organizations worldwide have no crisis plan in place, increasing both their risk and the probability of severe financial impact when the inevitable happens. Organizations that plan and prepare for crisis are better positioned to prevent, mitigate and minimize financial impact and reputational damage in case of crisis.

Among the most important crisis lessons of 2016:

Is Your Business at Risk for a Crisis?

To learn more about the industries in the news in 2016 and the kinds of crises that are most likely to affect your organization, download ICM’s free annual crisis report. Ready to create your crisis plan?  Contact us now.

5 Steps to Assure Your Risk Management Plan is Crisis-Ready

Crisis Prevention: Why Don’t We Have a Crisis Communication Plan?