Boards of Directors Should Focus More on Crisis Management

Boards of Directors Should Focus More on Crisis Management

The results of a study conducted recently by Forbes Insights for Deloitte, published in “A Crisis of Confidence,” offer a startling but predictable outcome: there is a gap between large companies’ awareness of potential threats and the preparation to actually manage them.Among the key findings: 76% of corporate board members surveyed believe their companies would respond effectively to a crisis.  Yet less than half report that their companies monitor to detect probable crises, and less than one-third conduct crisis management simulations or training. 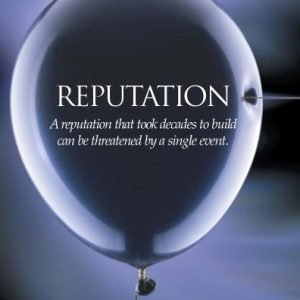 Among those vulnerabilities that rank highest among board members (73%) is corporate reputation, yet only 39% report that they have a plan to address it.  These same respondents recognize that it can take one to five years or more to recover their company’s reputation after a crisis. Operations and financial performance often face similar recovery periods following a crisis.

Business crises have a lot of things in common: they are often complex issues, the full implication and nature of which may not be clear at the time. Each possible solution may have severe consequences, and management is forced to choose the “least bad” approach. Crises put exceptional demands on managers and support teams at a time they may already be under the public microscope, drawing their attention away from the daily job of running the business. A crisis is almost always a challenge to an organization’s brand and reputation, even if only for the need to demonstrate transparency, effective leadership and resiliency.

In the survey, board members who have lived through past crises also said that the most significant assets damaged in a crisis are the intangible ones—reputation and morale. But intangible does not mean without financial value. Company reputation can account for as much as 25% of a company’s valuation according to some, and there is a direct correlation between the effectiveness of a crisis response and shareholder value.  Reputation is lost when trust is violated—with employees, customers, investors and other important stakeholders.  Company morale is similarly harmed when employees lose faith in management’s ability to effectively manage the crisis.

The study noted that 50% or fewer felt that their companies were taking key steps to prepare for the inevitable: only 50% evaluated relevant crisis scenarios, 49% had identified relevant stakeholders, and just 43% had evaluated worst-case scenarios.   Another startling statistic revealed in the study noted that less than half of those responding have crisis “playbooks” or action plans ready to use. What’s worse, 33% said that they don’t know if they even have one.

While the study focused on large corporations (US $1B to $20B or larger), it’s a safe bet that results would be similar—or worse—if smaller companies are similarly studied.  Boards of directors and executives alike have a critical responsibility to protect reputation and to prepare thoroughly for a wide variety of crisis situations.  Three plans should be developed, integrated and tested regularly- the operational response plan (what actually gets done to stop the crisis and mitigate damage), the communication plan (one that clearly defines stakeholders and effective communication channels and includes pre-drafted, pre-approved messaging for each risk scenario), and the business continuity plan (what will be done to get the company back to “normal” once the worst of the crisis has passed).

Companies today are well- advised to conduct an audit of their crisis management plans and abilities, assessing areas of vulnerability, cataloging various tools and technologies used for crisis management, and reviewing the communication plan and training exercises, updating and conducting them at least annually. Board members can benefit from crisis management training, as well, to better understand their roles in a crisis and recognize the importance of remaining vigilant and being prepared.  It is easier, and much less costly, to prepare and prevent a crisis, than to repair and repent afterwards.